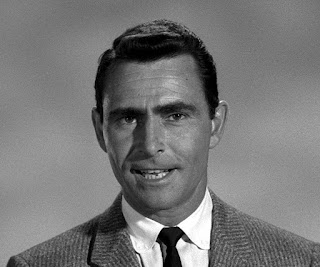 Tonight's tale is a little gem of maritime lore concerning sailors on the S.S. Lorabelle. They've been frustrated by foul weather and are anxious to get underway again. Their captain desires to make an unscheduled detour to investigate an oceangoing enigma known as the Geo Bloom. Herewith we drop in on the spirited debate going on below decks.


Captain Trent shuffled cards in his ready room. Morning light filtered down from portholes set high in the bulkhead, revealing how much the space needed tidying. The abysmal weather conspired to keep them locked in port yet another day. He feared a general mutiny if the crew had to endure it much longer. Even the cards were wearing thin from overuse. Whist was a trifle awkward with three players, but he disapproved of gambling games like poker aboard ship; a man resentful of being in debt was not an efficient hand.

The S.S. Lorabelle was Aussie registered and sailing out of Trinidad. She had laid over in Naples for supplies and shore leave. Before sailing on to Newfoundland with a commercial cargo, Trent planned to investigate a rash of Geo Bloom sightings in the mid Atlantic. The scheme required of the crew a much-resented extension of their time at sea.We are not scientists went their frequent complaint.

First Mate Tom Willis held his cards primly, his thin face easily readable: he had nothing. Schweikert, the gruff, bearded boson, remained circumspect. Trent enjoyed these quiet times, when the great reciprocal engines were silent, the crew all tucked in, save for the watch. As usual, Willis served as the conscience Trent had a propensity to ignore. After a bracing pull on his watery tea, he pressed a constant concern since hearing of the plan. "Any ideas how to explain the delay to the Home Office?"

"You'll think of something," Trent said. "And ease off the tea--that cup is full every time I sea it. You're starting to look a little tea-brownish in complexion." He glowered at the smudged symbols of the hand he'd been dealt. "Nay, I'll not be denied my chance this time. It's become my Moby Dick!"

"Right," Schweikert mused. "And we know how that turned out." He grinned affably under the captain's glare. "Never mind me, mates--I'm a little light on the lore." A former army cargo handler, he was fairly new to the sea, having risen quickly on organizational skills.

Trent made his opening gambit in the game, having gone typically somber. There was no reason for his gloom; his niece was getting married in two months, and he looked forward to some additions to the family. Perhaps he was spending too much time afloat. It was time for a vacation. The very thought made his hand go slack in such ponderings, threatening to spill his cards on the table. How inviting it was, the idea of swinging in a hammock on a summer's day, just letting himself go.

Willis drew him out of his reverie. "This all sounds like a science show. What's the thing about, anyway?"

"The Geo Bloom," Trent said thoughtfully. "So called because it assumes geometric shapes on the water. Circles mostly, but a triangle has been seen, though most recently it took the form of a pink square miles across. It must have been an old one, because a passing plane arrived just in time to spot it. The pilot swore he saw a vortex at the center."

"Perhaps," Willis ventured with a nervous chin scratch, "it's a natural phenomenon, an undersea geyser spewing volcanic matter. But I foresee a danger for ship-borne approach: we'd never become aware of this vortex in time to avoid it."

Trent ignored that. "A natural square? I tell you, there's something not natural about it, and I mean to crack it." He kept Willis on the hook. "Something else bothering you, Tom?"

Willis met their looks defensively. "Part of it is having your sister along. It's frightful bad luck having a woman aboard ship. Were that not enough, we go traipsing into an area known at The Devil's Triangle, and The Sargasso Sea."

"You refer," Schweikert joked, "to the sea goddess. What did the Vikings call her. . .Ran, I think. Not to worry--we'll appease her with a suitable sacrifice." He leered wolfishly.

The matter was settled for Trent, who anticipated the upcoming port call in the far north. "You'll like it up north. Some of the Eskimo tribes migrate that far south. I once tasted a delicacy of theirs, little birds called auks stuffed in a seal carcass for slow pickling."

"Do tell us," Schweikert said, enjoying Willis' discomfort. The man looked like Death warmed over.

"Right then," Trent said. "You reach into the gullet and fish out a bird, little more than black goo after some months in there. Pull off the beak and feet, and toss it in your mouth. It munches like oily bubbles popping on your tongue."

"I say," Willis began, looking even more sickly. "Haven't we heard this before?"

Schweikert made a gurgling sort of laugh, his tea having gone done wrong. "If you'd heard it before, you wouldn't be going all seasick on us!"

Trent experienced a niggling doubt of his own. He had indeed gotten into a rut, seemingly going through the same routine day after day in this accursed spell of bad weather.

A shadow blocked the porthole light, but passed in due time, admitting a view of a watery sun trying to break through the clouds. Could the weather be breaking at last?

"By the seven hells!" Trent crowed, "we'll be asea on the morrow!" He eyed the first mate's unhealthy countenance. "Blast my scuppers, Willis, you look a proper corpse in need of some sun!" Trent brushed a skeletal hand in front of his face. A fish had bumped it in swimming past.


Posted by Nick Nuko at 10:02 AM No comments:
Email ThisBlogThis!Share to TwitterShare to FacebookShare to Pinterest

Do You Use Folklore and Mythology?

A General Survey
One of the most common tropes is the vampire, who features in every media. The best known comic book biter is Vampirella, scantily clad (how else?) in red and white. Strangely, her fangs are on either side of the two center teeth, rather than at the canines, third from center. TV was home to Barnabas Collins in the soap Dark Shadows, and his brethren later fought Buffy the Vampire Slayer. Filmdom played host to vampires in the Hammer horror series starring Chris Lee and Peter Cushing. Even cartoons get into the act with the pixie Vampirina. The Hotel Transylvania franchise stars Dracula and his hip daughter in a CGI hodgepodge of the entirety of monsterdom.

Ghosts haunt the cartoon zone in the guise of Casper, along with more sinister counterparts from the early years. Our old friend Hammer contributed films like Thirteen Ghosts. Nineteenth century England was the high point of the printed ghost story.

Returning to the ubiquitous Hammer, we have a fine snake-hair entry in The Gorgon, again starring horror kings Lee and Cushing. A close companion is the basilisk from Harry Potter.

Mythology doesn't automatically resonate; I wasn't able to get into a book where centaurs flew helicopters.  But I did adopt one of the gorgons--Stheno--in a comic. She represents the youngest sister, formerly a spoiled Greek princess. 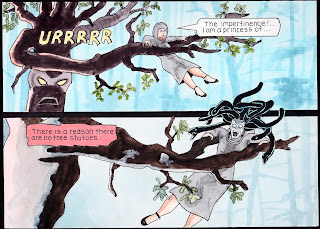 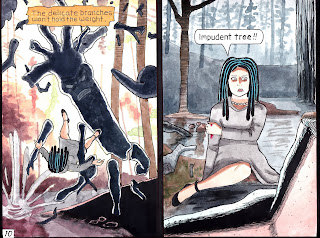