— Ilsa, I have two transit letters. I will take you to the States. Watch out, another fell in.

— Richard, what did you say? The gun fire. I couldn't hear you over the burst of machine gun.

— Darling, two transit letters are in my coat pocket. You're coming with me.

— I knew it was you Rick who had the murdered Germans' papers.

— That's for you to prove, Strasser. Watch it, Ilsa. That one almost fell on you. After we get out of this hole, I'll ask you to marry me.

— So you do plan to take her. I'll have you arrested.

— Strasser, what, ah, that bomb shell was close. Strasser, you are going to arrest me? We're in Allied lines. Here's another. This bomb crater won't hold many more.

— Look again, Rick, there's a retreat; we Germans are advancing.

— Strasser, a retreat is just a retreat. Don't get your hopes up. And look at Ilsa, she hasn't moved.

— No, Strasser, it is love. Paralyzed with love. Rick, watch your head. I'll go with you, to Paris, Washington, anywhere better than this.

— It will do, darling. I just don't have my money for a taxi.

— Call me a lucky man! Look. Look, Strasser. We're back in Allied lines.

— You were always a lucky man, Rick. But someday your luck will run out. Then you'll marry this dame, and watch out! I'm going to crouch down.

— Ilsa, he's trying to separate us. Don't pay any attention.

— He said he'll die of jealousy when I marry you.

— You can have two husbands. We'll hide out in Utah. Careful, one's rolling in. I won't let you go. I remember the time I waited for you at the train depot. Sam pushed me in at the last moment. You had other plans. Now I'll hold you tight, whether we are in Paris or Washington or in the—.

— I'm putting an end to your plans. You are both under arrest...when we're back in—

— You shouldn't have gotten up, Strasser. Now they'll bury you with your filthy troops.

Posted by eolone at 2:44 PM No comments:
Email ThisBlogThis!Share to TwitterShare to FacebookShare to Pinterest

Mick and Jane on the Moon — Five

The horse swayed from side to side as it slowly made it way through the long corridor. After the wagon passed the second subterranean passageway, Mick and Ted asked each other when they should take a turn. They weren't sure. "Two more," said the girl. They moved on and upon reaching the second corner the two boys pulled on the rein. Instantly, the horse sped up.

"Where do you think the well is?" asked Ted. "I'm scared. The horse is going too fast."

They all screamed as the horse raced down the passageway. Then suddenly it stopped at the well, and lapped the moonshine.

The three, shaking, got out of the wagon. Ted said he would go up first, then haul the bucket up as his sister clung to the rope. On her turn, she put a foot in the bucket and held on. Ted slowed drew her up. Meanwhile, Mick, who was overcome with thirst, got down on his knees; and with his hand, drank a little before he choked and spat it out. He gasped. His mouth and throat burned. His head reeled. Ted called for him to come up. Mick, choking, crawled to the lowered bucket. He held on to the rope, and called to Ted to pull.

"Do you want me to go back down, and help you?"

"Hold on to the rope. I will get you up." Ted tugged on the crank, and after a long struggle had Mick up. Mick fell to his knees. "What happened?" Ted asked.

Eventually, they got to the tree, and heard laughter coming out of it.

"Have another apple, Snaky."

"You didn't have more than ten apples."

"How many? I can count only to one, and the next."

"Oh, am I your one girlfriend or your next?"

"That's an easy one to answer. You are the one."

"John?", Ted asked; but quickly called. There was silence in the tree. "John! John!" he called out again.

From the tree came Jane's voice: "My name isn't John. It's Jane. What is my brother doing? Is he making believe he's a dog? Oh! it's getting dark over there. I have to get home before dark."

Snaky said, "It's already dark in America. It's getting near midnight there."

"But...but it was a bright afternoon!"

"I with my beady eyes, saw America slip into night long ago."

Jane jumped out of the tree, saying bye to Snaky.

When Jane explained that it was night where they lived, Ted said he would rush down and tell their parents, and get word to the other parents that the others were coming. He was off and running.

The remaining three walked slowly on account of Mick.

"Well, at least since you're down, you'll be able to tie my shoes."

Posted by eolone at 9:58 AM No comments:
Email ThisBlogThis!Share to TwitterShare to FacebookShare to Pinterest

Mick and Jane on the Moon — Four

In a large section of the underground near a wall stood a large wooden altar to Hecate, goddess of the Night. The altar was used during a lunar eclipse to appease Hecate. It was painted black and yellow. Tradition called for sacrifice. The inhabitants of the moon had not arrived yet. The wizard with long black hair wore a striped black and yellow cape for the occasion. He was speaking to the chief mathematician. A runner had come back one night and said that while he discussed barter with a farmer, the son came out and said he couldn't sleep. But he heard the word "moon", and said at school the teacher told the class the moon was slowly moving away from the Earth. This was important. If a lunar eclipse were missed, Hecate would surely take revenge. Nearby was a circle painted black with a yellow center. Ted stood in the circle, and trembled. Soon rumbling noise was heard.

The wagon slowly came into view and stopped a distance from the altar. Swiss got out and walked toward the altar, and greeted the two men. They soon got to their business.

The mathematician, holding a sheet, said, "I got as far as a series of five numbers. The first is 7, which Swiss had last time."

Swiss quickly said, "I went 'ver the calculation, and got 8. That's what ya had b'fore."

The wizard was dismayed: "Oh, no no. It will take forever to get to the end of pi at this rate. There are big holes in your calculations."

"All we have are paper and pencils," lamented the mathematician."

"You have fingers, and if you need more there are a lot of lazy people around who can add theirs."

"They'll get bored, and start dropping fingers. We could barter moonshine for abacuses."

"All right, but we need more numbers; and we have to find out how fast we are moving away from Earth. What else do you have? Why did Brie stay in the wagon?"

"He's keepin' two kids down," Swiss said, as he motioned Brie to bring the children. They got out, then suddenly the girl ran to Ted. She got into the circle, and crying, hugged Ted. "Come home! Come home!" she kept crying, as she pulled him away.

Brie came to the circle with Mick, and told him to get in.

The wizard warned the children, "This is a magic circle. You will die if you try to leave." This caused the children to panic. "You better stop your noise," said the wizard, raising his voice. The children calmed sufficiently.

"Three?" said the wizard. "This is irregular. A runner spotted two coming up this morning, and ran back. By luck, he nabbed the boy. Do we sacrifice the three? I must go back to my private shrine to consult the goddess. I need you in the outer sanctum. Don't let anyone interrupt." He and the mathematician disappeared through a hole in the wall.

"Goin' to join you. It's been a long day with figures," said Swiss.

The two sat on the ground with their back against the altar, and shortly fell into a snore fest.

"Come on!" whispered the girl.

"We'll die if we try to get out!" retorted Ted quietly.

"We can't leave the circle."

"Come on!" she repeated, trying to pull her brother out of the circle.

The three then walked quietly to the wagon. They got on, and Mick took the reins. Beside him was Ted, then the girl. Mick shook the reins; the horse didn't move. He shook them again, and said, "Gaddiup." The horse stood motionless. The girl handed Ted the whip; he struck the horse. It buckled, then remained motionless.

"Harder," said the girl; Mick said "Gaddiup", and Ted lashed the horse as hard as he could. The horse began to move.

After a little while the girl said, "It's the wrong way,"

"Oh," said Mick, not knowing if he should pull on one rein or the other. Then he pulled on one, and the horse began to turn toward the altar.

The horse got closer and closer to the sleeping men, and Mick and Ted pulled on the rein. They swung around, missing the men by a few feet; and off they went, slowly.

Posted by eolone at 11:17 AM No comments:
Email ThisBlogThis!Share to TwitterShare to FacebookShare to Pinterest 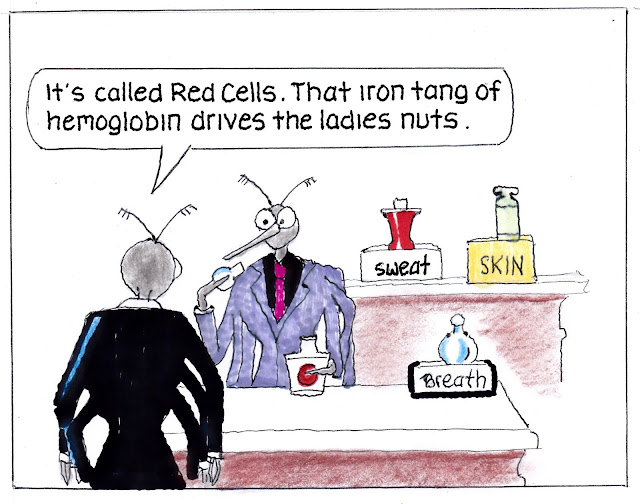 Posted by Nick Nuko at 10:43 AM No comments:
Email ThisBlogThis!Share to TwitterShare to FacebookShare to Pinterest
Newer Posts Older Posts Home
Subscribe to: Posts (Atom)