Hope all are doing well.  As this blog serves as a multifunction outlet for many interests in art and writing, it's almost been a year since Disqus dropped the channels.  Perhaps this was a good change because we can make up our publications how we want.

Anyways, many of us choose one hill to being a writer or an artist.  A college professor told me to pick a hill.  As much as I thought about it, my two interests could not decide.  To compliment both I chose the Graphic Communications degree since it is a bit of both. 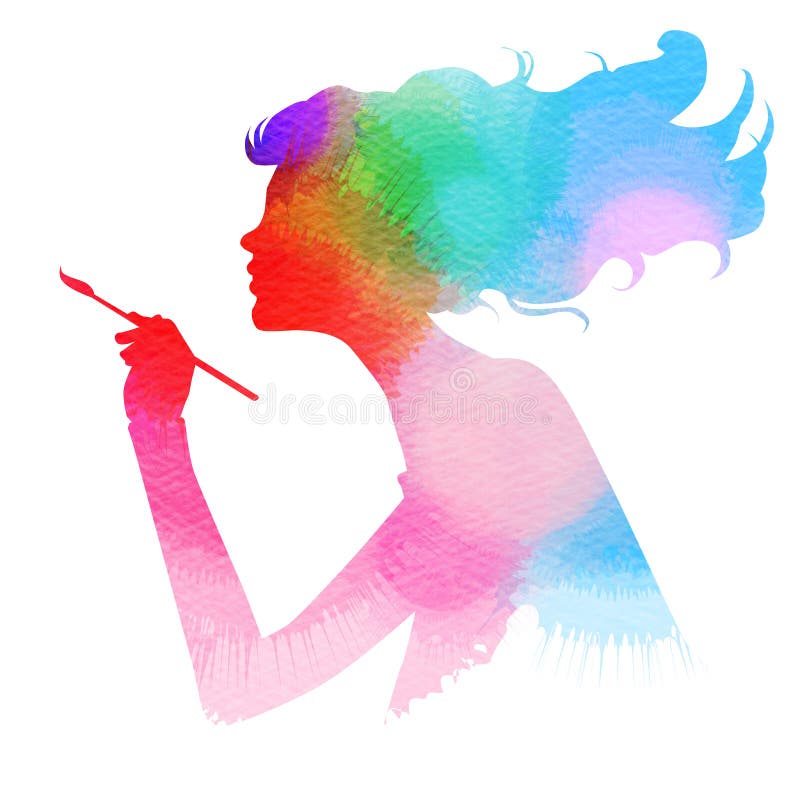 Did you find yourself in a similar delima?  I know many have achieved that goal and today we have individuals that do both in writing and art.

Please let not this blog make you think we require you to do both skills.  We welcome you with what you have to bring to our little group.  If you have a question on an art technique you would like to work on etc, please ask.  Someone here will answer with their expertise.    Do you have an inquiry about writing or literature?  Please ask because someone in this business knows the answer and has gone through the task of publishing their literary works. Or perhaps you are a student working on an essay.

After twenty five years finished my two books started in high school.  Quite a story to tell and in the last stages of editing last year I lost it on a flash drive.  By some miracle found someone who could recover them at an affordable price instead of thousands of dollars.  I am very grateful... 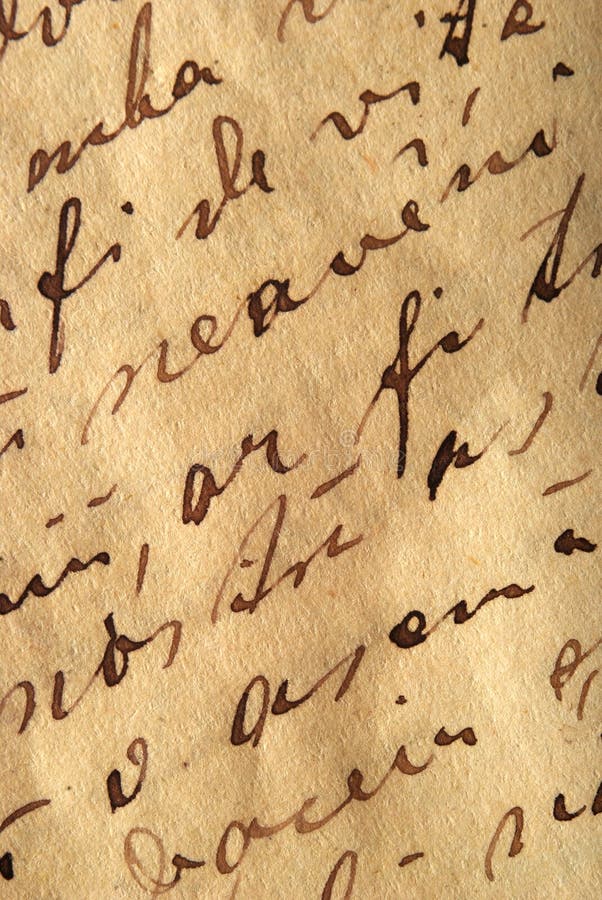 Changing gears here now as the story is finished, some illustrations are underway.  The art came in for me when I was six, and the writing came in when I was thirteen.  I was self taught for a bit then went off to college to pursue my art education degree.  I learned to hone my skills of the elements of art and design to looking at objects in a different way.   Of course that was fifteen years ago.


Don't give up on your dream.  Keep on going, do it anyways.  Looking forward to an editor or publisher who will love my story.  They are out there...


Posted by Laura J at 11:56 AM No comments:
Email ThisBlogThis!Share to TwitterShare to FacebookShare to Pinterest 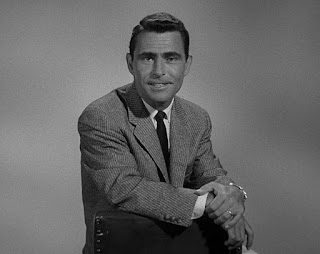 It's said that things on the internet are out there forever. The same is true for transmissions carelessly beamed into deep space. If a society is the measure of its art, one needs to be aware of that stranger at the showing. Not all art critics are of the eclectic type; some probe past the surface veneer and into the soul of the artist.

Tonight's exhibition comes to you from fifty light-years west of the Twilight Zone.

Yorgl slithered into the combat action center of the warship. "Captain, we have intercepted transmissions from a star system known as Sol. This is extremely troubling."

"Load them on the viewer," the captain ordered.

Junior officers crowded about to examine a trio of data streams. The language was unknown, as were the creatures depicted. Under the symbols "Funny Videos" marched a series of images. Odd, two-legged beings experienced clumsy accidents.

"What is this reaction," queried the navigator, "in which they bare teeth and emit repetitive 'ha' sounds?"

Yorgl made bold to interpret. "We believe they record their failures for training and punishment. The teeth display is a threat."

"Most brutal," the captain decided.

Next came scenes of space battles under the symbols "Galactica".

"Impressive," said Weapons. "Yet the beings they fight are the same species. Perhaps they wage civil war."

The last series, labeled "Stooges", had the bridge crew in awed dismay.

"Can it be?" the captain mused. "They are impervious to falls from great heights, projectile weapons, and deadly liquids." As he watched, one called Moe took an industrial grinder to Curly's rear quarters. A shower of sparks flew. "Apparently their flesh has a high metal content."

"What shall we do?" asked the navigator.

"Clearly this race is a danger to themselves. How can they care about anyone else their warships come in contact with? Have the fleet alter course."

Two hundred warships began the turn toward a planet at the galactic rim.

Posted by Nick Nuko at 2:47 PM No comments:
Email ThisBlogThis!Share to TwitterShare to FacebookShare to Pinterest 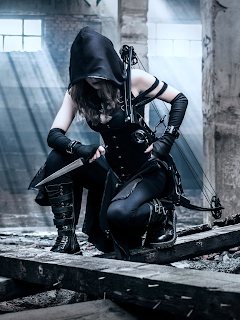 King Grafian III drank alone in his vaulted and cavernous conference room. This half hour of solitude remained inviolate to all, including the seven-year-old princess, light of his life. Keeping the kingdom secure meant taking extraordinary measures he once dismissed outright. They were also supremely dangerous, but these were dangerous times. A spirit of lawlessness sought to establish the rule of the jungle.

The assassin reeled down silently on a special cord, unnoticed, and sat cross-legged on the table.

Grafian noticed her after a time, being expectant of certain news. "Jili." He straightened to a more kingly pose. "You delivered my warning to King Carrimon?--the knife next to his sleeping head?"  Carrimon liked to pay agitators to spread lies and discord.

"I though it better," Jili said, "to plant the knife next to his wife's head."

The king nodded. "A good ploy. A man's defiance evaporates when someone he holds dear is threatened."

"There is something else. I caught an assassin, and used truth potion to learn who hired him. That led me to a wealthy merchant, who led me to Duke Tranten. All three of their heads now grace his throne."

Despite appreciation of her ruthless efficiency, Grafian labored under misgivings. Jili operated in disguise, which even gave her access to the princess in her capacity as messenger for a wizardress named Sisra--who furnished trinkets related to fairies, a subject most intoxicating to the princess. Jili had an unnerving way of revealing herself from a crowd with a wink.

"You're right to be troubled," said the observant assassin.

"Shouldn't I be? This calls for a level of trust I find hard to embrace."

Jili rose and paced the length of the table, silent despite her arsenal. "I grew up learning my craft in this castle. I only got caught once, and tossed out on my head.."

"And greatly enriching your fellow thieves in the old quarter. Just how much swag is enough? How far does one go to obtain it? What whispering does he pay heed to?" There, he'd said it, no matter how much it offended her.

"You refer to trust." Jili came back and settled down again, regarding him with shaded eyes. "Money and power mean nothing. I'm very fond of the princess and the queen."

"But. . . .what if I should take a course of action you disagree with?"

"If you ever became a cruel tyrant, I would simply go elsewhere, only taking action against forces in the field--never against the kingdom. There must be lines that are  never crossed. You call it trust, I call it integrity."

As the half hour was nearly up, the princess came skipping into the antechamber, fairy wings bouncing. The assassin folded into a stealth spell and flowed out of sight.

"How met, Pumpkin?" The king hoisted his daughter onto the table. "Have you tired of your fairy toys? Perhaps we shall consider mermaids next."

The princess wielded a toy sword. "Remember those tall women in red armor?"

"The Red Claws? Don't tell me you wish to be an amazon warrior!"

"I want to ride on one of their dragons!"

A double tap on his back furnished Grafian with the assassin's opinion. "I. . . .oh, blast, I suppose the thing could be arranged. But only if the messenger is right there with you."

"Good!" The princess clapped. "That lady is so clever. She knows all about knives and poisons."

"Hrrm, yes, we shall have to discuss that with her, most sternly."
Posted by Nick Nuko at 11:18 AM No comments:
Email ThisBlogThis!Share to TwitterShare to FacebookShare to Pinterest
Newer Posts Older Posts Home
Subscribe to: Posts (Atom)