Last time the featured portrait was the daughter of Dracula, who was an unlikely ally of Team Falco. This week's entry is the sorceress Valkris. The full roster of Team Falco was Falco, Tomlok, Ironfist, Elvira, Valkris, and Dracula's daughter. 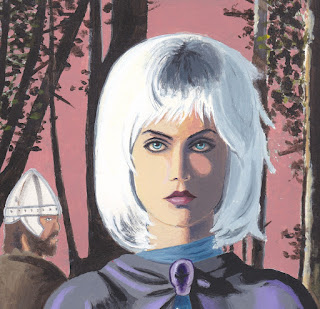 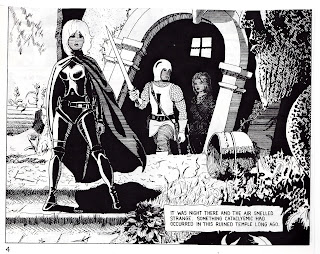 The second image shows the team's arrival in Outworld, which launched the various franchises like Team Dan, Wicca, the City of Thieves, and so forth.

Posted by Nick Nuko at 2:13 PM
Email ThisBlogThis!Share to TwitterShare to FacebookShare to Pinterest