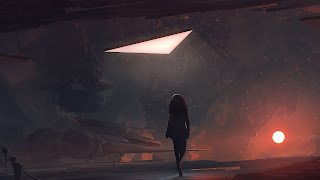 Previous: A disintegrating ship arrives from the quarantined Aldebaran system. Moast and crew recognize it as a message from the sentient world Aldebaran C.

The assembled space station clung beneath Orchidia's broad launch bay. Commander Moast climbed down and sealed the hatch behind him. "Ready for launch, Kyra," he said to the science officer on the distant bridge. Entirely automated, the station fired thrusters to insert itself into high orbit. This far from the planet, the entity would give up considerable power.

The android guide for the world spirit appeared at Moast's side. The AI had taken Moast's instructions literally: since the android was custodian of a vast TV library, she had fashioned him after  British actor Bernard Fox, who played the butler Malcolm on the Andy Griffith show.

"Of course," Malcolm added, "you may not recognize me the next time around. This goddess of yours may turn me into a tea cozy! Ha ha! Ho ha!"

"Right." Moast was about to page the library listing when he faced off with a frightening harridan. As his pulse settled, he said, "Orchidia, I liked the punkette you were modeling before. This one I wouldn't turn my back on." 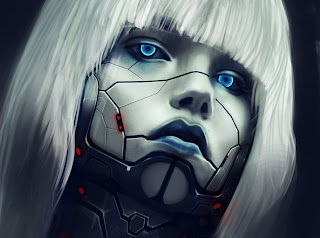 "A forbidding appearance is necessary to convey ours as the position of strength."

The two artificials eyed each other.

"Right." Most scanned the mile-long list of reject titles, not having seen any of the vintage stuff. "Hmm. Dances With Wolves, Avatar, All In The Family."

"Denigration of the father figure."

Her voice was tinny through all the shielding. "Shields are on millisecond rotating frequency. The planet-buster bomb is on standby. Hyper jump actuators are powered up." A pause. "I don't like the idea of leaving you behind."

"We'll play it by ear," Moast said. To the AI: send the RSVP." Beneath the station, colored lights rolled and flashed a complex message for an entity with no understanding of a spoken tongue.

"Here now," Malcolm said. "How shall we address the lady? Your Majesty? Your Grace?"

Moast crossed arms in the pose he'd greet her in, showing confidence he didn't feel. "This is Aldebaran C. We'll call her Cee." Seconds later, a figure materialized, leaving him speechless. 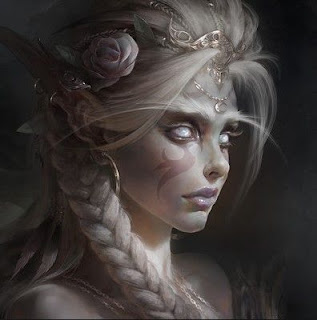 "It can't be. . . .this is exactly how I pictured a goddess."
The AI signaled a colorful greeting, one echoed by Malcolm. "This implies an ability to sense your thoughts. It will enhance communication."
"Most pleasing," the commander said with a cavalier nod of the head. The goddess deigned to return the gesture, though he wasn't sure she understood it.
"Curious," said Orchidia. "Despite immense power, her posture is one of supplication. You are key to future visits, a subject of all-consuming importance."
Unexpectedly, Cee conjured a small object and sent it floating toward Moast. Since the AI raised no alarm, he allowed it to settle on his hand.
"Marvelous!" Malcolm crowed. "A tiny miniature of your ship, in ruby, no less!"
"Impressive. She has transposed the gem from beneath the surface. The object is of permanent construct." The AI waited. "She expects something in return."
Moast knew what that was. The notion of taking her hand filled him with a vision of being absorbed like a data file. He forgot that she could sense his thoughts. From her lips came a bass tone of such intensity that he rushed hands to ears. Correcting her mistake, Cee switched to a softer tone of higher range, let it trail off like the  notes of a heroic opera.
"That I like," Moast said with a reassuring smile she probably did not understand.
"The sonic gift is further assurance of fair play. Proceed with caution." Orchidia flashed a colored message, no doubt reminding the entity of the consequence of treachery. But again, was such a  human trait even comprehended by the soul of this world?
Moast drew near, noting a few colorful sparkles in the white gown.
"Apprehension. She does not want to harm such a delicate being."
"Outstanding." Moast forced his hand out, which Cee reached for. Hers was cold and wooden, but rapidly adjusted, becoming warm and pliant. There was even a bone structure. Suddenly he was assailed by a vivid memory: two woodpeckers in a sunlit tree, clinging to a windblown branch against a sky of startling blue. He had watched the scene for some minutes in awe of it.
Orchidia flashed warning colors, and Malcolm rushed to prop him up.
"I'm okay," Moast said. "That was quite a memory tap." He returned to the com panel. "Kyra, stand down the weapon. Send a shuttle for me." He watched the goddess, who radiated colors of obvious relief. "Well, Malcolm," he said with a back slap. "So begins your job as genial host. Work on the hand clasp. In time, you might even venture a hug."
Malcolm glanced at the shimmering goddess. "Er. . . .yes sir. That is, sir, uh. . . .yes sir."

Posted by Nick Nuko at 7:12 AM
Email ThisBlogThis!Share to TwitterShare to FacebookShare to Pinterest