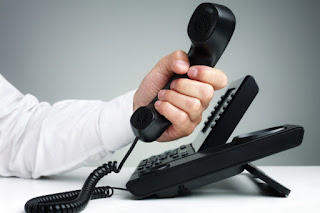 Previous: a man buys a device that can take pictures through walls.

Jeff had little trouble teasing out details of Janet's private life, since Margret enjoyed taunting him with it. Janet had a thing for fitness, keeping an organized schedule like everything else. Thursdays found her at the fitness center pool. Jeff bought a trial membership so folks got used to seeing him there. They also grew accustomed to the box, which he presented as a fancy coat rack.

The portentous day saw Janet arrive right on time. Jeff watched from his car until she went inside. He had scoped out the dressing rooms and found out from a custodian which locker bore her name. After retrieving the box from his trunk, he hurried inside and stuck it on the wall corresponding to where the locker must be on the other side. No one was about at the moment it began to move a few inches. Whirring sounds heralded the extrusion of its bag, which began to fill with pictures--lots of them. When it was done, Jeff secreted the bag in his coat. He went straight to the car and returned the box to the trunk.

The work day went by in a haze. Margret twice asked him if anything was wrong. It occurred to him that his relationship with Janet, such that it was, would never be the same. Could he keep the guilt off his face?

At home that evening after dinner, he retreated to his den. His wife knew not to intrude there without a good reason, but still he only stared at the unopened packet. An agonizing half hour later, he'd put a hand on the seal five times without tearing it off. Ultimately he put it in his briefcase. Janet, he reasoned, deserved one more chance not to see him as a bug.

His banter with her the next day was strained, and she sensed it. He hadn't even looked at the pictures yet; how much worse could it get for a guilty conscience? By ten, he had to get away, even if it meant making blind sales calls. But before he got his coat on, the phone rang.

"I didn't look. I'm gonna bring the box back to you. Keep the money."

"It isn't so simple. As good as the pictures are, I could make a mint selling them on the web."

"You noticed the orb I wear on a necklace. It links me with the box in a special way; I see what the box sees. Tell you what: I'll refrain from selling them for five thousand."

Jeff went speechless for a moment. "That's a bluff. You don't have squat."

"Then check your fax."

Panicked, Jeff hustled to a corner where the fax sat atop a cabinet of paper supplies. A sheet inched its way out. It was Janet, just beginning to undress. This was a nightmare, and the only thing he could do was buy time.

Back at the phone, he tried to keep his voice steady. "You win, Parallax. I'll have to max out a card."

"Certainly. By the end of this business day."

Sure, only it wouldn't be money the creep was getting, but a knock on the head and theft of his necklace. Hopefully he hadn't found a way to make hard copies as insurance.

At half past twelve, Janet went out for lunch, giving him a little wave. I don't need your charity, babe, because I've got something better. Or did he? Jeff decided to come clean before he set out to confront Parallax. Gathering courage, he sauntered over to Margret's desk.

"Not this one." Margret leaned back in her seat. "She's a Jehovah Witness and doesn't do blood bank. The client said that isn't fair to co-workers, since they'd do more than their share in a high-stress department."

Hardly hearing, he handed over the packet. "Will you, uh, tell me what's in there?"

Margret ripped the seal and looked inside, looking as though she'd been punched. Page after page, her anger grew hotter. "This is a new low, even for you, you creep! Janet will call the cops on you! Better get a good lawyer, and don't be here when the boss finds out!"

Margret clutched the packet close. "Fat chance! These may only be copies, but none of the guys here will ever see them!"

Miserable, Jeff headed home for the day, telling his wife he was out of sorts. Which was quite true. He tried watching a ball game, doing yard work. Anything to put off the confrontation with Parallax. In the end, he knew he wasn't a TV-style commando. There was only one option left.

Janet was always last to leave the office. Jeff carried the box up to the tenth floor, exiting to hear the rapid tap of computer keys down the hall. She was quite a fast typist. He leaned against the door frame and made a slight cough.

She rose and faced him with a hurt look, dazzling in a yellow dress.

"No, I didn't look." Jeff rubbed the back of his neck. "Let me prove it." He gave her the box. "This thing takes pictures through walls. There was this ad in the paper, and, well. . . ."  He pressed on. "Margret can confirm it was unopened. I just could't do it."

"Because I'm the office bozo. I don't want this to get around, but. . . ." He looked to either side to be sure they were alone. "Your friendship means more than any cheap thrill. You gotta believe me. . . ."

"No." Her old flirtatious confidence was back.

"Right." Jeff gave the thumb's up. "See you tomorrow."

At home that night, he waited for the hammer to fall, but Parallax never called. Neither did he answer when Jeff called. Was it a con all along--that the man had no way to post the pictures? At any rate, Jeff got to keep his five grand another day at least.

Next morning at work, he got a call from a police detective, informing him Parallax had been murdered.

"You're not a suspect," the  cop said, "because whoever did this was one strong psycho. The guy was broken in two dozen pieces."

It took Jeff awhile to recover. Then he remembered the guy's necklace, how it linked him intimately with the box. He rushed over to Janet's desk. "Janet--what did you do with that box?"

Posted by Nick Nuko at 8:21 AM
Email ThisBlogThis!Share to TwitterShare to FacebookShare to Pinterest