A Question of Trust (conclusion) 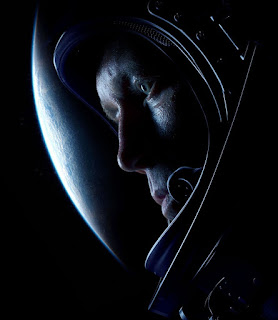 Previous  Orchidia's AI rejects the Bot Queen's program in favor of a jointly-designed astrogater. It will backtrack the ship's movements, allowing them to return to their future.

Commander Moast fought the insane illusion of taking a fatal plunge to the big blue orb far below. His mag boots prevented that, gripping the port wingtip's flight bay strut.

Looking down from the perpendicular, an unsuited Wicca said, "And you call me crazy." She was unable to teleport through the ship's antiproton hull, leaving Cambris to pull off a stunt the designers never intended.

"Orchidia," Moast said into his mike. "Final instructions for getting this thing installed." The astrogater resembled an old style water heater with a bad hangover; protruding data ports made it look about to sprout alien parasites.

"I have chosen a subsystem isolated from main power. Deadspace cubicle 3847 was the last constructed, and so has handoff hardware to prevent dock workers being trapped inside."

"In other words, it's a tougher job than it needs to be. But I can appreciate your caution against the Bot Queen."

"Inside is a manual switch that will open the hatch for ten seconds." The avatar silently activated a hulking servobot, which ripped out a secondary maneuvering thruster.

Into the fist-sized hole Moast pressed a conical rubber boot sealed around the steel canister containing the mist form of Cambris, which would otherwise fly apart in the icy vacuum of space. She would reform on the other side, press the switch, then re-enter a second canister taken from her belt. A sudden buffeting heralded pressure loss as the rectangular hatch cycled upward. Moast wrestled the astrogater inside, then crammed a rubber cone into the hole left by the missing thrust pipe.

"Pressurize." In the wan glow of his helmet beam, the magnetic canister clung to the hatch frame where Cambris had left it. Moast tapped it three times to signal the all clear. Cambris misted out in vaporous tendrils.

Moast removed the helm, uncomfortably close to her in the cramped space. The unit stood between them, and wrangling it into place would be a disturbingly intimate experience.

Compelling eyes had a light of their own in the gloom. "What purpose has this far-flying closet?"

"The ship has thousands of them. In days of sail, they were called various things: innerbottom, cofferdam. They serve as a buffer against collision."

"You bear resemblance to my eon-lost husband."

"Do you find it so hard to believe in me?"

"Orhidia feels your race arrived here in antiquity, though I don't find evidence of your kind anywhere in the future."

"My sisters and I are the last who are capable of converting others. The Outworld is full of bastardized types beneath our  notice." The way she looked at Moast's neck unnerved him. "And how does your ghost woman," meaning the avatar, "explain Wicca?"

"She ascribes to the Bot Queen's native force theory: stored metals in the brain are converted to energy by means unknown."

"So shall it ever be for unbelievers, trapped in their five senses." Cambris' nose crinkled in distaste at the scent of digestion on Moast's breath. She wasn't accustomed to being this close without setting off predatory instincts. "Let the device be installed. I weary of it being in the way." Under Moast's direction, it was coaxed overhead, turned horizontal, and linked with remote data ports. "So ends my dream of seeing the stars."

"There isn't much to see up close," Moast said hastily. Her lips parted in a way suggesting she'd get some compensation from the whole thing. "They're big balls of fire too bright to look at." Inspiration seized hold. "Orchidia, have Wicca establish a comlink."

"What is it, Spaceman? Has Cambris done you already?"

"I'd like to do something for her. Since you're being so lavish with. . . .magic. . . .I thought you could expend a little more. We're coming out." He avoided looking directly into those hypnotic eyes. "I've trusted you, Cambris. Now I ask yours in return."

Reluctantly she misted back into the canister. Its lid screwed shut.

Moast put his helmet on. "Depressurize." He plucked the canister off the frame and pressed the switch. Starlight flooded in as the hatch pulled upward. A perpendicular turn brought him atop the port wingtip, where he set the canister on the hull. "I want Cambris to see this."

Wicca's mouth rounded. "I'm using gonzo magic as it is!" Seeing Moast's determination, she walked over and tapped on the container. A tendril cautiously snaked out, quickly becoming the full manifestation. "Like Jeannie coming out of her bottle."

Cambris gawked at the planet's night side. "It is indeed round!" Australia rotated up from the horizon. "And a globe, not a disk!" She flitted higher up the broad plane of the wing.

"Stay close, missy!" Wicca cautioned. "It's all I can do to keep this soap bubble going!"

Now Cambris turned to take in the seemingly endless curves and angles: hyperlight engines rising on graceful pylons; wings that cuddled flight bays like chicks; a long  neck with an equally predatory droop. "It is the size of a kingdom. . . ."

"Actually," Moast said, "she's modest compared to the heavier warships, but I'll stack her against them any day."

Wicca snapped open her curious "flying stick", bidding Cambris to mount up behind. As they lifted off, Cambris was too enthralled to think of looking back, though Wicca threw a jaunty wave.

"Well," Moast said to the avatar, "you're looking pensive about the caper."

"The cyborg has attempted to insert a virus, though was handicapped by the primitive satellites she commandeered. I recalled her taunt against the fanged one, which appeared an effective distraction, and sought advice from the corpse woman."

"When I disrupted the exponential loop, I inserted the comment 'Too slow!'. When I locked out the program, I inserted "Nyah nyah!', though  I am unable to find an adequate definition."

Moast laughed. "Why would you do that?"

"To make the cyborg believe I have allied with the corpse woman."

"Now there's a scary thought. Helm, bring the astrogater online. Let's get the hell out of here."

Posted by Nick Nuko at 8:50 AM
Email ThisBlogThis!Share to TwitterShare to FacebookShare to Pinterest