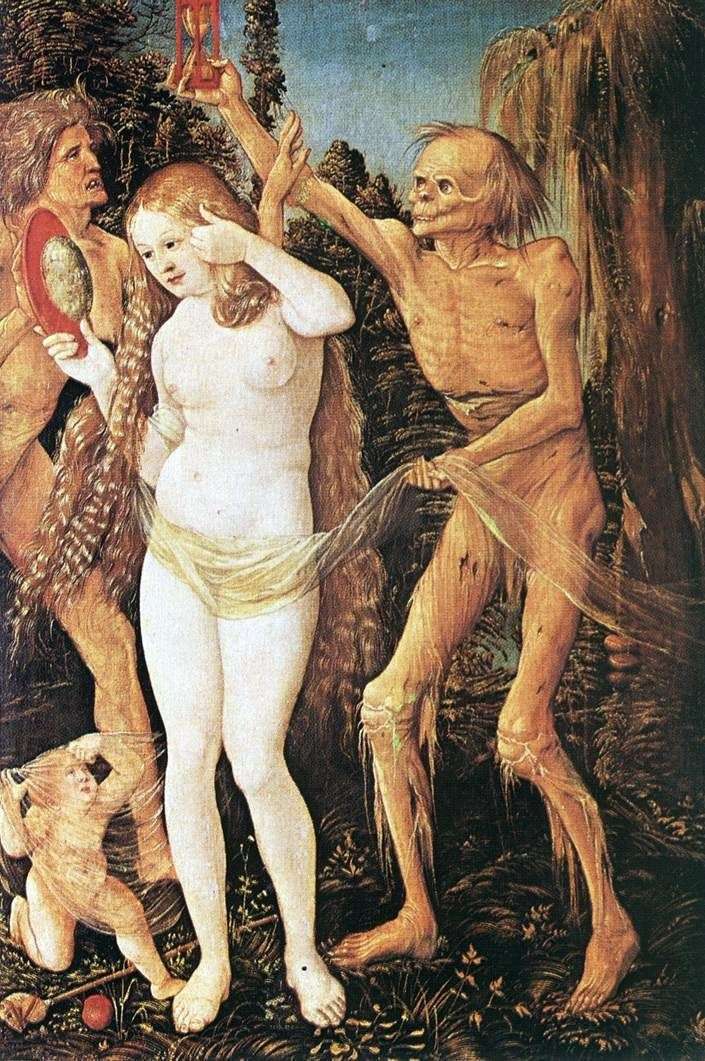 
One wonders, looking at Three Ages of Women and Death whether Hans Baldung originally planned to paint Der Tod und das Mädchen before crowding an infant and an old woman into the left side of the painting. The old woman is only half visible in the painting; and the position of the child's foot touching the young lady's seems forced. The young lady and Death, alone, would have provided balance; but the painting would have suffered from a lack of intensity. As it is, Baldung imparts a commentary on society. Riding a hobbyhorse, the infant falls when it becomes entangled in the young lady's gossamer covering. The child, half rising, is nearly in tears as it tries to free itself. Behind, the old woman supports the young lady's mirror with one hand and wards off Death with the other. The young lady, however, is unconscious to all around her. Transfixed by her own image, she does not see the child in pain or recognize the presence of the old woman confronting Death. The young lady is representative of self-absorbed youth that neither perceives whom it might hurt nor who provides support and protection.


Posted by eolone at 11:59 AM
Email ThisBlogThis!Share to TwitterShare to FacebookShare to Pinterest