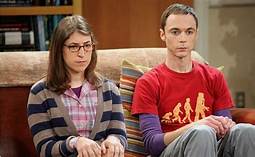 "Sheldon Cooper here, along with my talented associate Amy. Today I want to change our format to pithy sayings. Share with us your nuggets of hometown wisdom."

"And we have a bite." Amy pushed a button. "What's your name and what's your game?"


"I'm Ed, a Hollywood producer, but I used to work in a lab. If you tell Jane Doe not to operate a centrifuge with an unbalanced load, make sure she knows you're talking about the machine."

Sheldon grinned. "Do you see what he did there? The conditional statement has been re-assigned to. . . ."

"Yes, Sheldon. I really don't think we need to dumb these down. Who's on the line next?"

"My talent," said a matronly voice, "is comparatives. I'm good at it because I'm deeper than cemetery infrastructure."

"Clever," Sheldon mused. "A cemetery necessarily has deeper infrastructure than the norm. Can we all guess why?"

Amy placed a hand on her forehead. "Sorry about that, folks. One of us is subtlety challenged. Got any more comparatives?"

"Sneakier than an elbow biter."

"Statistically valid," Amy decided. "It's like the suckers know to sneak up from behind. I get ten bites on the elbow for one everywhere else."

Sheldon frowned. "I'd love to see your source data, Amy. Anywho, next we have Gene with his 'why' game."

"Why do we never have the same  number of hot dots and buns? Why don't cowboys duck that obvious punch? Why does your pal Leonard nervously twiddle his fingers?"

"Why am I listening to this?" Sheldon pressed the next button.

A younger man. "If your last name is Chocstraw, don't name your kid Van."

"I wouldn't do that anyway," Sheldon insisted. "Van is so pedestrian. Amy and I have compiled a list of prospective names against the time that we. . . ." Both hosts went red-faced. The new caller sounded like a teenage girl.

"If you dream you're two inches tall, watch out for the cat."

"Or a mouse," Sheldon added. "A dog. A spider of sufficient size."

"There was only a cat in the video game."

An older guy. "How do you make a stuck grocery line start moving? Get in a different line. Now that one's stuck, and the first one moves right along."

"Good old Murphy's Law," Amy said. "One day we'll pin down the calculus behind it."

"Here's a cartoon caper," said a gravely voice. "How does Charlie Brown cure Lucy of yanking away the ball before he kicks it: kick the crap outta Lucy instead."

"Now that's curious logic," Sheldon said. "It would only make Lucy all the crabbier. She'd devise an even more devilish stratagem against Charlie."

"Subtlety," Amy reminded. "I don't know what to say, other than we're out of time."

Posted by Nick Nuko at 10:05 AM
Email ThisBlogThis!Share to TwitterShare to FacebookShare to Pinterest