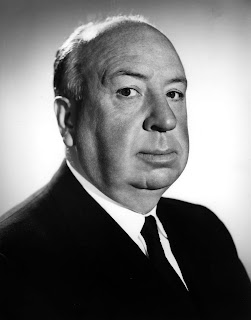 Good evening. Mr Arthur Deco is one of those pesky masters of the unspoken word. His opponents have a sense that something isn't right, but they just can't put their finger on it. It's quite infuriating, you know, as one is unable to devise a snappy comeback, not knowing the question. Fortunately for our harried shop owner, he's not averse to resorting to violence.


The curio shop's bell jangled as Arthur Deco swept in, clutching an ancient tome of Greek philosophy--or at least a modern English translation. Such dry subject matter couldn't compete with Harry Potter. The publisher therefore released it as rare, signed copies that commanded high prices from academics. It was all a fraud, in Deco's opinion. His job as an art critic was to have that fact published in his newspaper column.

The shop's owner, Trent Harker, emerged from a side room. His face fell upon sight of his nemesis. "What now, Deco?"

"I suppose you haven't read my column today. It's a critique of this piece of trash."

Harker looked chilled at seeing the book's title. A buyer had offered the shop four thousand for it. "You can't be serious. That book is a window in time. It gives us insight to how men thought three eons ago, before the golden age of Greece."

"Maybe as originally written. But the publisher has taken liberties." Deco consulted a small note pad. "On page 156 he has 'appeal to'--epikalesasthai--instead of the original 'call out to'--epikaloumenon. That makes the speaker subservient--not at all the bombastic type he actually was." Deco could practically read Harker's mind via the man's expression: Storm clouds ahead.

"Do you speak Greek?" Harker spluttered.

"No, I never had interest in studying and mastering the  tongue." But easily could have.

"Then you're hardly an authority, Deco."

"Isn't that what scholars are for? Your thesis is that I can't look at Greek text on a screen, and read the plain English that appears beneath it." This is the captain, folks. We're experiencing turbulence.

Strapping on parachute. "I know grammar, Harker, such as when the prepositive article is abused." Sound of birds chirping in Harker's brain. "To clarify that for you, it's the word 'of''. The translator moves it from the genitive cast, making it a simple inclusive."

Jump out, pull the ripcord. "The question is who made the error--translator or publisher. My money is on the biased translator." Well, THAT ship has sailed. Moving right along. . . .

Harker seemed suddenly resolved. "Suppose I can show you an original voyager through time--one who will settle that matter once and for all."

The shop owner navigated glass cases, arriving at a small safe. He spun the combination and removed the lock. Stepping behind the safe, he prepared to open the door. "Stare into the eyes of--Medusa!"

Deco's face registered the same horror as the would-be robber a week ago. His movements grew sluggish as he grayed over and solidified.

Days later, one of the shop's more reliable buyers marveled at Harker's latest acquisition. "Amazing--that's the art critic Arthur Deco! Why would he commission such an unflattering likeness? He looks positively scared to death."

Harker beamed at the praise. "That's what the sculptor is calling it: Scared To Death."

"I can't understand why the artist wants to stay anonymous. How much is he asking for it?"


Posted by Nick Nuko at 8:56 AM
Email ThisBlogThis!Share to TwitterShare to FacebookShare to Pinterest