The Dreams That Remain 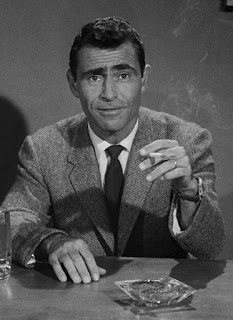 Empires rot from within according to that old adage. It's been patiently applied across a broad front by a relative minority of power-mad lunatics. Now the last stumbling block to absolute control--a place once called America--is  no more. Gone are the military and police. The Chinese control the west; Michigan is a caliphate with armed borders; and what's left is garrisoned by the UN. The latter faces the same problem experienced by occupiers 250 years earlier: it's a large territory, there's a brisk resistance, and the troops resent being so far from home.

This is a world no longer looking outward to the stars, but obsessively looking inward to keep the lid on. Yet there are cracks in the kettle. With loss of freedom comes loss of dreams. Men are left with only a desire for revenge--in The Twilight Zone.

Every day of Skink's seventeen years had been the same scrap for survival; only the weather ever changed. She awoke in the derelict barge shared with her mentor, Colby, and reached for a bag of Bugles. Yes, they still actually made those. The cheap plastic started a tear downward, but she remedied that by tearing it back toward the top. Now the stress was redirected in a harmless way.

It was tempting to sleep in, listening to the gentle slosh of water outside, the occasional tink of the heater bar. These were magnetic strips designed to keep welded seams hot for a couple of days so they'd set in a stronger joint. Electricity was outlawed as an environmental hazard--except for the elites, of course--but there were ways to tap into it. On the other side, Colby's pallet was empty. He'd said something about this being a special day.

Skink dressed as usual for utility, the same reason for keeping black hair short and out of the way, but razored for attitude. Being a poseur didn't mean much without the blocky F2000 Bullpup she slipped into a special pocket in her coat. Like others in her collection, it was courtesy of sloppy and defensive NATO troops, some of whom actively traded on the black market. Except for the Daewoo K11 grenade launcher, which was a grab of opportunity.

Topside, she did a scan of the overcast sky for drones. Losses to ground fire had forced NATO to switch to the higher flying models equipped with infra-red. Even these were of limited use in the urban jungle, and every building they blew up only caused a blockage to UN vehicles.

Colby lingered next to the six-foot tires of a long-abandoned cruise crane. He doled out orders to an unlikely trio: a bag lady, a grade school boy, and a man in a purloined business suit. Colby pulled a stocking cap over iron gray hair as the meeting broke up. "Skink! We're on a schedule here!"

They skulked along back alleys, where they pushed aside a dumpster to reveal a hole in the wall, gaining entry to a ground level floor in a tenement. Skink knew it was another of Colby's lessons, but didn't waste time trying to figure it out. The boulevard outside was the province of NATO patrols, escorted by a hulking bot armed with frag rounds and missiles. Judging the time right, Colby nodded, and Skink pressed a button on her remote.

A rifle on the third floor began firing blindly. The NATO vehicle sped away, leaving the bot to pour rounds into the third floor. Its raised head exposed hydraulic lines. Skink targeted these with a fusillade of 5.56 millimeter shells. The bot's arms dangled impotently as it fell silent. It was too risky to loot the thing for ammo, because you never knew when a drone shot would take it out. "Yeah!"

"Here it comes." Skink holstered the gun just as a chunk of plaster fell onto her shoulder and sideswiped her cheek. She brushed at it, ignoring the hurt. "Not a good day for my face. So then--what's the moral? I say we hurt them, because those bots are expensive."

"Chump change," Colby said. "Remember that gizmo I had you plant at the refinery yesterday? It's a timer." Only NATO and the elites were allowed gas-powered cars, and to enforce the edict, they kept the remaining supplies under guard for their own use.

The ground shook with a titanic detonation, which heralded a pall of black smoke over the skyline. The blast chained others in succession.

"Rad," Skink mused. "If I'm reading you right, this is why we keep going day after day--to make them pay a price."

"A man has to dream," Colby said, "when it's the only thing they haven't taken away."

Posted by Nick Nuko at 10:11 AM
Email ThisBlogThis!Share to TwitterShare to FacebookShare to Pinterest